Laser Vaginal Rejuvenation (LVR) enhances vaginal muscle tone, strength, and control. It decreases internal external vaginal diameters and builds up and strengthens the perineal body (the area immediately outside the vagina and above the anus), all of which greatly promotes female, sexual gratification.

Our mission is to empower women with knowledge, choice, and alternatives.

We have learned a tremendous amount of listening to women. In one of our surveys, our female patients were asked: do women want to be loose or tight? The unanimous answer was tight. Women throughout this nation and the world have told us that Kegels don’t work, and we’re paying attention. Those who’ve had children want a solution to rejuvenate the vagina and achieve the best sexual experience possible. For women with no children, solutions are available through design modification to accomplish their desires.

Stress urinary incontinence problems because of coughing, sneezing, laughing, exercising, or sex can be corrected along with enhancement of sexual gratification through LVR.

In vaginal relaxation of the muscles are relaxed and have poor tone, strength, and control. The internal and external diameters increase. The muscles of the perineum are weak and poorly supported. Under these circumstances, the vagina is no longer at its optimum and physiological state. As a result, sexual gratification is diminished. LVR was designed to help women who, for whatever reason, lack an overall optimum architectural integrity of the vagina.

Women throughout the world have told us that they want to feel like they did when they were eighteen. LVR is the answer.

Designer Laser Vaginoplasty (DLV) is the aesthetic laser surgical enhancement of the vulvar structures (labia minora, labia majora, mons pubis, perineum, introitus). Although our experience and technique provide us with the ability to design most anything that one can desire, our most common DLV procedures are as follows:

Reduction Labiaplasty (of the minora)

Sculpts the elongated or unequal labia minora (small inner lips0 according to the patient’s specifications. Most women tell us that they do not want the small inner lips to project beyond the large outer lips. With DLV Laser Reduction Labiaplasty, we can correct such overextension.

Laser Reduction Labiaplasty (reduction of the thickness of the labia minora)

Some women note that due to childbirth, aging, or genetics the labia minora are too wide or thick. A reduction of the labia minora’s size and thickness can be accomplished with DLV Laser Reduction Labiaplasty and provide the desired aesthetic look.

Removal of the hyper-pigmented ends of the labia minora through DLV- Laser reduction labiaplasty:

Some women do not like the hyper-pigmented ends of the labia minora. They desire to have a uniform coloration throughout.

The protruding or sagging labia majora can be aesthetically sculptured by one of three DLV Laser Methods to produce an aesthetically pleasing result. This sagging process can result from childbirth weight gain/ weight loss or aging. Our DLV Laser Reduction Labiaplasty will restore that youthful look and feel.

Rejuvenates the relaxed or aging vulvar, introitus (vaginal opening), labia minora, labia majora and perineum (area immediately outside the vagina and above the anus) to provide that youthful, aesthetic look and feel of the vulvar structures.

Some women feel that the labia majora are too flat or small and they want them augmented or enhanced according to their specifications. This can be done by removing a small amount of fat via liposculpture from a particular area such as the abdomen, hips, or thighs. The fat is then processed, and a small amount is injected into the fat of the labia majora, thus providing a beautiful and natural enhancement.

Removes the unsightly fatty bulges of the mons pubis (Pubic area) and labia majora. The fatty accumulations in these areas produce clothing irregularities. In some cases, it can prevent women from wearing the clothing of their choice. DLV Vulvar Liposuction will aesthetically enhance, reduce and define the areas.

Hymenoplasty (reconstruction of the hymen):

The laser vaginal Rejuvenation Institute is sensitive to the needs of women from all cultures that embrace these particular issues because of cultural, social, or religious reasons. We can repair the hymen as if nothing ever occurred.

COMBINATION OF LVR AND OR DLV WITH OTHER COSMETIC PROCEDURES

Our surgical team of board certified cosmetic gynecologic and reconstructive surgeons can combine LVR and DLV with most cosmetic surgical procedures. The most poplar combination is as follows: 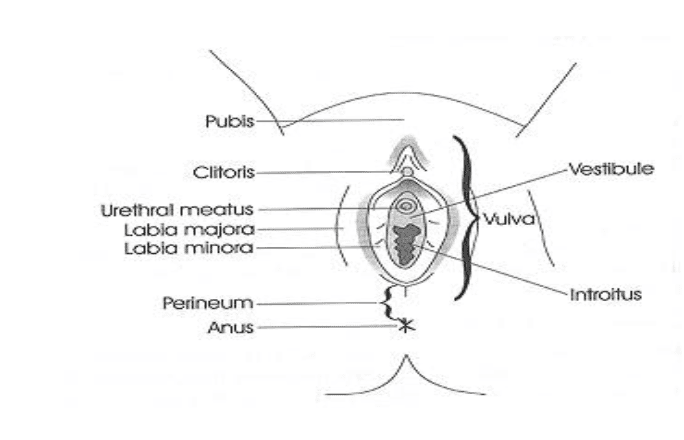 If you have any of the symptoms described in this section, contact us at 202-723-1999 or email us at Appropriate diagnosis and treatment will often restore patients to life free of the aggravations and discomforts and associated with pelvis relaxation.

The goal is to acquaint you with the various forms of pelvic relaxation as well as their causes, symptoms, and treatment. The pelvic organs include vagina, uterus, bladder, and rectum. These organs are held in position by three of supports:

When these supports become damaged for various reasons, one or more of the pelvic organs may sag and occasionally, even protrude outside the vagina. These are called pelvis support defects.

During childbirth, as the baby passes through the birth canal, the muscles, fascia, and ligaments separate and may be weakened. This weakening gradually worsens, and, in later years, you may cause the pelvic organs to drop from their normal positions.

Occasionally, this weakening of the muscles and tissue may occur in women who have never had children. In these women, the cause may be:

The general symptoms associated with pelvic relaxation depend on which organs are affected. Often there is a feeling of heaviness or fullness. Small or moderate amounts of urine may be lost with normal physical activities such as laughing, coughing, walking, or running. In more advanced and rare cases a mass may actually protrude from the vaginal opening. Based on the organ or organs involved, pelvic support defects can be defined more specifically as:

A urethrocele usually occurs in conjunction with a cystocele. Both of these conditions result in among other things, involuntary loss of urine, particularly when there is increased pressure to the abdomen, caused by walking, jumping, coughing, sneezing, laughing, or sudden movements. Rectoceles happens when the rectum bulges into or out the vagina (typically, as a result of injuries sustained during childbirth. With a weakened or bulging rectum, bowel movements become more difficult).

An enterocele is the bulging of small intestines into back wall of vagina.

Uterine prolapse occurs when the uterus falls or is displaced from its normal position. There are varying degrees of severity depending on the descent. This produces a general feeling of heaviness and fullness, or a sense that the uterus is falling out.

The diagnosis of these problems includes a thorough history and physical examination. Other tests include a “Q-tip” test, urodynamic studies ( a painless fifteen to twenty minute computerized bladder and urethra functional studies), urethrocystoscopy (instrument used to evaluate the inside of the bladder and urethra), X-rays of the urinary system.

For all practical purposes, definitive treatment is surgical correction of the specific defects.

As a sexual organism, women are superior to men.

Women are multiorgasmic. Th female sexual response cycle is unimpeded by a required refractory period that prevents successive orgasms in the male.

We developed the LVR program by listening to and caring about the needs of women in this
Area of sexual gratification. We also integrated the historical research of Masters and Johnson into the unique design of each of our laser surgical procedures. Ours is a process that combines compassion and powerful expertise. Laser Vaginal Rejuvenation is a one hour or less outpatient surgical procedure. The procedure is designed to enhance the feelings of sexual gratification. This is accomplished through a reconstruction process of vital areas, namely the outer third of the vagina, the orgasmic platform, internal and external vaginal diameter, introitus and perineal body. (See figure 1)

Laser Vaginal Rejuvenation for the enhancement of sexual gratification is the modification of a standard existing gynecologic vaginal surgery used throughout the world for the treatment of vaginal relaxation and its associated symptoms, primarily that of stress urinary incontinence( involuntary loss of urine with stress such as exercise, etc.)

In the vaginal relaxation process, the vagina muscles become relaxed with por tone, strength, control and support. The internal and external vaginal diameters can greatly increase. The muscles of the perineum (the group of supporting muscles right outside the vaginal opening at the bottom) thin and separate in the midline, producing a weakened, poorly perennial body.

Under theses circumstances, the vagina is no longer at its physiologically optimum state. In short, the sensual side of female, sexual gratification id diminished. Thus, vaginal relaxation has a detrimental effect on sexual gratification because of the reduction of sexual feelings or pleasure.

The Laser Vaginal Rejuvenation Institute has treated patients from the following states as of
3/1/2020.

The Laser Vaginal Rejuvenation Institute has treated patients from the following countries as of 3/1/2020.